From protecting your fuel injectors to keeping the engine environment great, your car’s fuel filter has a lot of responsibilities to handle. And so, you can’t treat it poorly. Due to constant clogging, pressure, and other factors, sometimes a fuel filter may end up not functioning like before. And repairing might not always favor your luck.

That’s when you need to think about a replacement. Now how do you figure out that right timing and what could be some possible signals? Today we’ll be focusing on how often to change fuel filter and the major signals that refer to a call for replacement. Let’s Get on It!

When Is It Time to Replace My Fuel Filter?

To feed your curiosity, here’s a quick rule of thumb to remember. If you are using an old model car, then replacing the fuel filter every two years makes sense. Another equation is considering a replacement after 30,000 miles.

Now, on newer models, this interval is relatively longer. There’s no exact way to generalize how long does a fuel filter last on each and every car model. So, the one-line answer may not be helpful in your case. You can either call a mechanic to do a complete checkup on your vehicle or keep reading more.

Problematic Idling or Difficult Starting is a Signal

You are driving to the grocery, work, or anywhere. The stoplight shows up at the next signal. So you decide to slow down your car. But the engine is behaving weird and feels super herky-jerky. That’s when you can doubt your vehicle is suffering from some fuel flow inhibition. And most probably it’s because of the clogged fuel filter.

Another huge hint is when your engine does not start at all. That possibly means the fuel can’t be drawn towards the engine. If you’ve experienced the fuel distribution problem symptoms prior to this, then there’s no doubt it’s a failed fuel filter.

Also, in some cases, a partial blockage can be an indication of a disturbed fuel filter. And that shows signal through a struggling start-up rather than no-start up.

Sometimes the indications are a bit more complicated than regular no-start up or idling issues. For example, some vehicles show poor fuel mileage during the beginning stage of clogging. As you let the problem get ignored, it keeps on getting worse.

And you will notice various problems on a regular basis soon. For instance, there will be a loss of power out of nowhere. Also, it can bog down entirely after running normally for a few blocks.

Especially when you are traveling on uphill grade or highways. In some cases, the car may also sputter or stall. This could be a direct signal, that you should think about a fuel filter replacement.

Decreased Fuel Pressure Is an Indication for Replacement

Due to a clogged filter, there can be a resulting reduction of fuel pressure. This inconsistency will be hugely noticeable in some cases. Through modern engine management, the detection usually happens.

And it could be due to the random cylinder misfiring. That’s probably when the engine is under load. An engine that is suffering from decrease fuel pressure is probably in need of a new filter. Because the older one has lost its touch to function properly.

There is another foolproof method that usually technicians use to identify fuel filter related problems. And it’s by undergoing a special fuel pressure test. This happens closer to the injectors at fuel rails.

Once fuel is gone through the filter, the PSI or pounds per square is read. This measurement is compared to the standard specified psi. And through the comparison, if there’s a noticeable reduction amount, then it’s probably a clogged filter. It makes things clear that the fuel filter requires a replacement.

And if this is your case, then don’t bother about paying signals or other factors. You should simply go for a replacement. This is because sometimes a fuel filter could have already been out of its lifespan.

But your car that’s made of latest technology isn’t really suffering thanks to its other advanced components. And so, replacing a fuel filter as a maintenance step is strongly recommended when the manufacturer suggests you to do so.

When you go for a fuel system repairing process, there’s a good chance of replacing several units. And that should include fuel filter. Since occasional maintenance or repairing agenda includes changing the fuel tank, fuel pump, and also filter. Usually, it’s the best time to install a new filter. And people have experienced better results by following this simple thing.

Another great timetable for replacing fuel filter as a routine is when dealing with the fuel rail. Whenever you have the access to a fuel rail let’s say for changing it, take that opportunity to glance on the filter as well.

It’s also smart to go for a filter replacement when you are going through more involved teardown. For example, a cylinder head gasket change period. That can be another great opportunity to enable a stress-free filter replacement.

It also will save your time and money by getting more things done at once rather than multiple replacement sessions.

How Long Does It Take to Change a Fuel Filter?

Various car models will need different types of fuel filters. Replacing won’t take the same amount of time keeping this point in mind. However, in most cases, changing a fuel filter should not take more than 15 minutes.

Depending on what else you will do meanwhile other than changing the filter will also count in. For example, if you are having complete maintenance or repairing schedule, it’s going to take longer.

So, the whole thing actually relies on a number of conditions. Though it’s okay to summarize that it takes not more than a quarter of an hour.

First of all, changing a diesel fuel filter will help you to keep the vehicle’s engine free from clogging. Because of that debris, there can be a serious fuel pump damage. And that makes the cost even higher. Also, the prevention of contaminated fuel related dangers is another huge thing.

Modern fuel injectors come with tight clearance. And that’s why the clogging of fuel passages is more serious than it ever was. This can result in fuel dripping and less efficient combustion. A fuel replacement can easily keep those worries away,

Changing a diesel fuel filter is not really expensive. And this one careful step taken can avoid all those future heavy damage costs. That’s probably the biggest benefit you want to take into account.

What Happens If You Don’t Replace the Filter?

When you fail to see the signs and take responsibility for changing a filter, a number of bad things can follow up next. And the worse one is getting stuck on the roadside due to a sudden broke down.

The clogged fuel filter will start making your vehicle unstable with passing time. So, when you start noticing the signals that seem like your vehicle’s fuel filter is dead, don’t avoid it. And go for a replacement quickly.

And on that note, we are hitting the finale of today’s convo. The confusion related to this whole fuel filter replacement, how often to change the fuel filter and possible signals should be sorted by now.

Just remember that the fuel filter has a very critical role to play in your vehicle engine’s regular drama. So, don’t let a critical part like that get unnoticed when in need of attention. Also, by getting these parts replaced at the right time you will be able to avoid a lot of additional repair costs in the near future.

So, for great performance history and better fuel economy, make sure you note things on time and take the right steps into account. 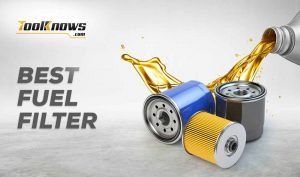 How to Use a Dremel Tool 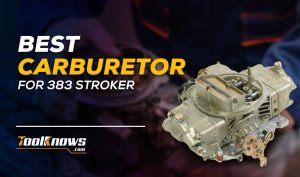 Copper vs. Aluminum Anti-Seize – Which Is Better? 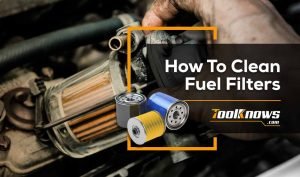 How to Clean Fuel Filter Without Being A Professional

How To Make A Wood Lathe Simply At Home Like A Pro! 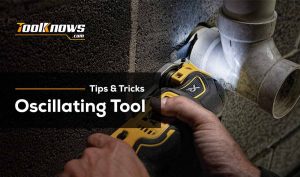 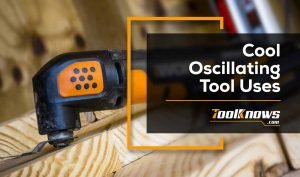 Cool Oscillating Tool Uses | Where Does it Perform Best?